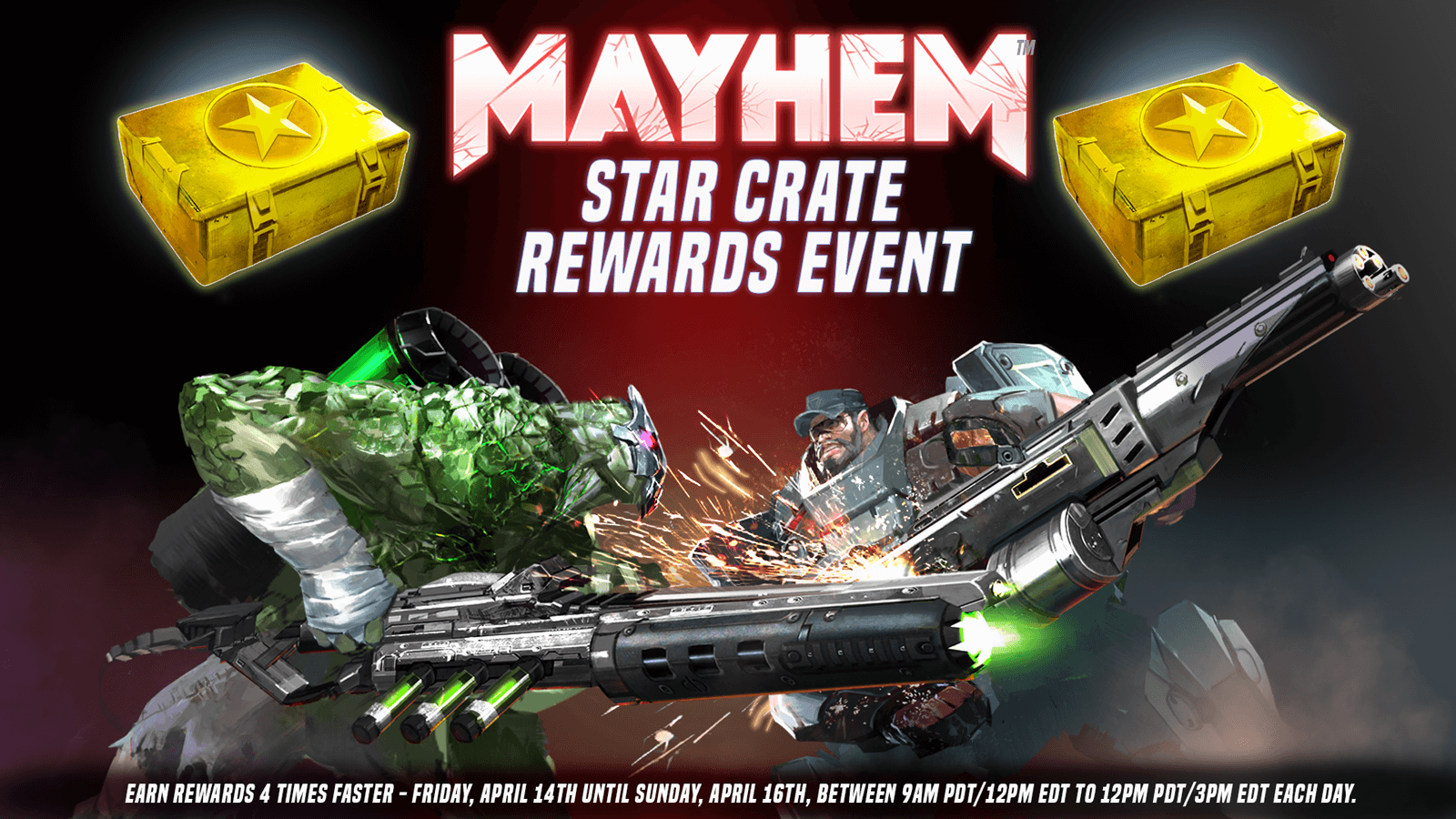 To celebrate our recent Early Access launch in the United States, Canada, Brazil, and Mexico we are offering a special takedown contest and increased star crate rewards this weekend from Friday, April 14th until Sunday, April 16th between 9am PDT/12pm EDT to 12pm PDT/3pm EDT each day.

What this means is that when you play during that 3-hour period on those dates, you can earn star crate rewards 4 times faster since the star crate timer will reset every hour instead of every 24 hours.  Also, during those hours, you will automatically be competing in the takedown contest. The number of takedowns in your stats are made up of : destroying sentries, assists and kills. The top 3 players with the most takedowns in ranked play at the conclusion of the promotional period (April 16 12pm PDT/3pm EDT) will be rewarded with prizes.

1st place gets a Mayhem hoodie, 2nd and 3rd place get a Mayhem t-shirt.  We will be updating our Twitter page each day with the top 10 Takedown standings so that you can see who’s in the lead.

So don’t forget to load up the game between 9am PDT/12pm EDT to 12pm PDT/3pm EDT from April 14th to April 16th so that you can get more rewards and show the Mayhem Community who’s boss!
– Team Mayhem