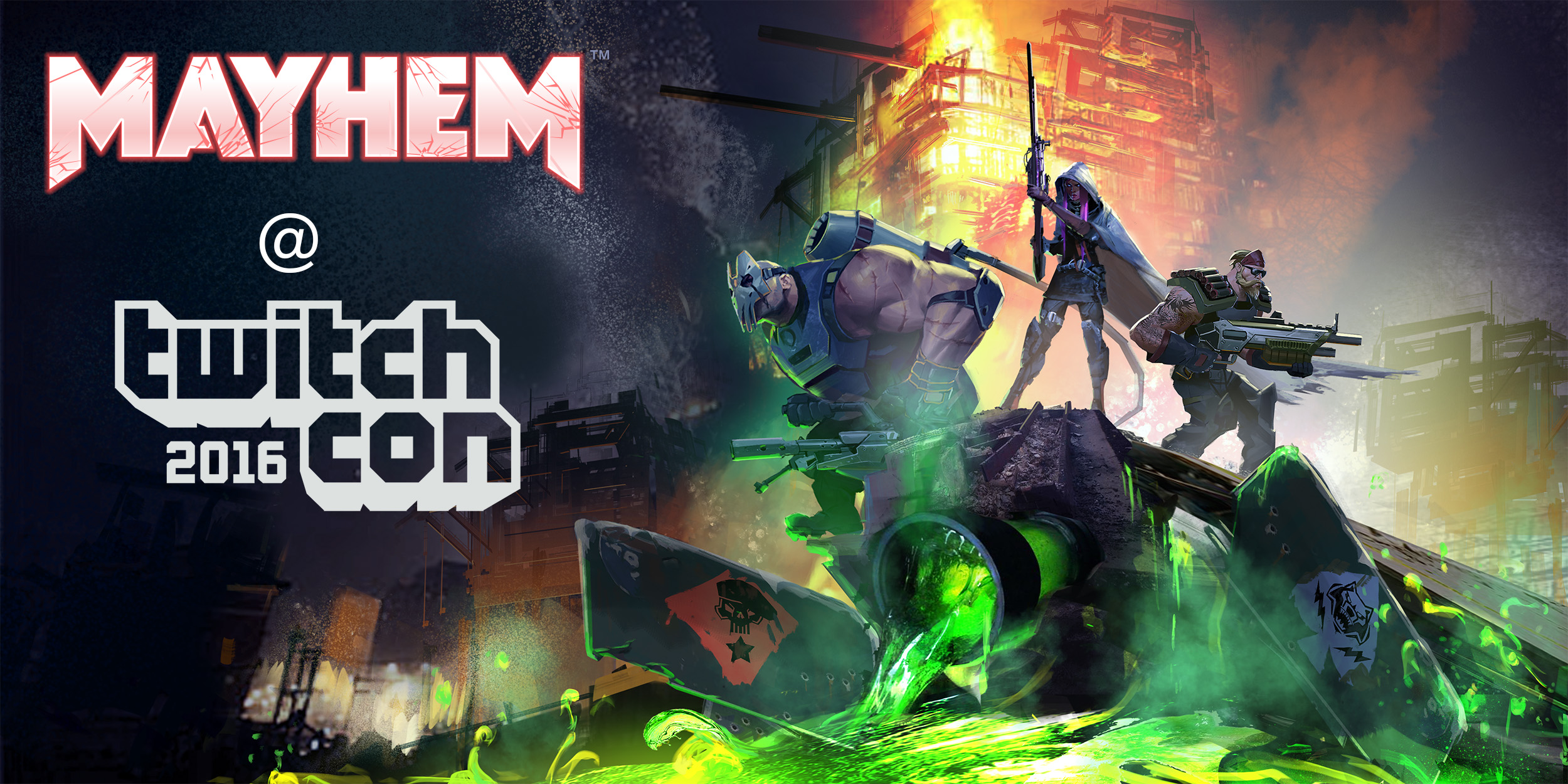 Team Mayhem was thrilled to be invited to TwitchCon to be a part of Twitch’s Developer Success area. We were excited to be there and show off our Twitch integration as well as meet potential streaming partners.

To celebrate our participation at the conference, we also held an exclusive Mayhem TwitchCon 3v3 tournament that featured 20 teams. The competition culminated in the semifinals and finals being live-streamed from the Twitch indie stage.

When we made it down to the final four teams, we had King Mercs vs. WonderBoyz Crimson in the first match. Although King Mercs won game 1, WonderBoyz changed things up by using different mercs to come back and win the next two matches, moving on to the finals. Panda Panda shocked the dev team by unseating the former Comic-Con champions F3 Sanctuary in the other semi-final match with a convincing 2:0.

Gibbs, Xli, and Alex15 from Panda Panda continued their dominance by shutting out WonderBoyz Crimson in the finals 3:0. Panda Panda was using a combination of all three merc classes and coordinated their strategy very efficiently. Xli used Simona to cover his teammates from afar. Gibbs often offered himself up as bait to distract the enemy team, while Alex15 swooped in to take the base and secure 15 points for the team. All members adapted quickly to changes in the enemy team and dominated the match throughout.

Now the question is, who will be the next to step up and defeat Panda Panda who at this point is clearly the most dominant team in the game. We look forward to finding out at the next Mayhem tournament.

Have a great October!
-Team Mayhem